Most of us have been advised at one time or another to choose our battles.  We know it’s good advice, yet rarely stop and think about the criteria for passing up one battle and choosing to engage in another.

This famous saying is often not attributed to its rightful author, Sun Tzu.  As a brilliant Chinese military strategist, Sun Tzu was a highly respected general of the vast ancient Chinese army.

He is known not only for his incredible ability to understand warfare and thereby gain an unprecedented level of victory on the battlefield, but also for his impact on Chinese history and culture that is evident even now. He was no less a legend in his own time than he is today.

Sun Tzu is widely accepted as the author of The Art of War, a book of military strategy renowned for it timeless influence on warfare throughout history, even though it was written during the 4th or 3rd Centuries BC. 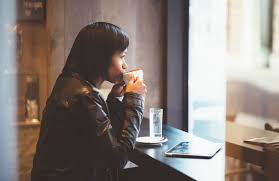 For you and I in today’s worlds, choosing our battles  wisely means to be selective of the problems, arguments, and confrontations that you get involved in. Instead of fighting every problem, you save your time only for the things that matter. This means fighting the most important battles and letting go of the rest.

It is important to keep in mind that retreating from an individual battle does not mean that you are surrendering or declaring defeat in the war. A battle is no more than that – one battle. To continue with the battlefield/war analogy, a battle is simply one skirmish; your ultimate objective is to win the war. Many a pawn has to be sacrificed in a chess match in order to capture your opponent’s king, which is ultimately all that matters in the overall scheme of things.

What are some of the reasons for choosing only the important battles?

Are You Choosing Your Battles wisely?

If you tend to face a lot of battles in life, use the tips above to separate the essential battles from the non-essential ones. Focus on the important battles and let go of the rest. This way, you focus your energy to win the big game of life.

In other words in all your battles, accept what you can’t control (the current situation with the car accident) so you can focus on what you can control (your future preparations for such a situation).