Jeff Bezos, Amazon CEO is one of the most influential entrepreneurs of the world. He says people who get criticized are the one who make ‘waves’. If you are not getting criticized, it means you are not doing enough to make waves and influencing people. Never get worried about the criticism, and let others talk behind your back as it ultimately shows you are doing something different in your life. According to him if you cannot tolerate the critics, you should not do anything interesting. That is very interesting because every day we are all faced with people who rush out to judge us

Whenever I come in contact with highly judgmental people I do my best to put myself in their shoes and understand why they behave the way they do and why they feel the need to point the finger at those around them.

You see, I really believe that underneath it all we are all good, kind and loving beings but because of the many challenges that life sends our way and because of the many struggles that we all face, some of us become bitter and resentful. When that happens, we begin to project our own pain and suffering in the form of blame, judgment, and criticism onto the world around us.

How to Deal with People Judging You:

l Focus on the Road, Not the Wall. Many racing experts consider Mario Andretti to be the most successful and versatile racing driver of all-time. During his career, Andretti won the Indianapolis 500, Daytona 500, Formula One World Championship and the Pike’s Peak International Hill Climb. He is one of only two drivers in history to win races in Formula One, IndyCar, World Sportscar Championship, and NASCAR.

During an interview with SUCCESS magazine, Andretti was asked for his number one tip for success in race car driving. 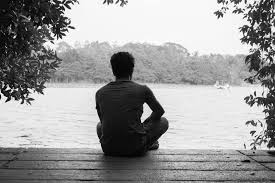 He said, “Don’t look at the wall. Your car goes where your eyes go.”When young drivers are starting to race, this is one of the most critical lessons that they learn. When you’re driving at 200 mph you need to focus on the road in front of you. If you look at the wall, then you’ll end up hitting it.

The same could be said for your life, your work, and dealing with critics.Criticism and negativity from other people is like a wall. And if you focus on it, then you’ll run right into it. You’ll get blocked by negative emotions, anger, and self-doubt. Your mind will go where your attention is focused. Criticism and negativity don’t prevent you from reaching the finish line, but they can certainly distract you from it.

Treat everyone with respect, love, and compassion, including those who judge and criticize you harshly, not necessarily because they deserve it but because you do. Appreciate the contrast and silently thank them for the many lessons they are teaching you.

In the comments below, I’d love to hear from you what you feel judged about and what you can do to release this negative cycle.

One thought on “When Others Judge, It’s Really About How You Judge Yourself”