“Let me tell you something you already know. The world ain’t all sunshine and rainbows. It’s a very mean and nasty place, and I don’t care how tough you are, it will beat you to your knees and keep you there permanently if you let it. You, me, or nobody is going to hit as hard as life. But it ain’t about how hard you hit. It’s about how hard you can get hit, and keep moving forward. How much you can take and keep moving forward!”

Keep your face to the sun and you will never see the shadows.

Steve Jobs was fired from the company that he started. He did not give up. He used this experience to build up his character, leadership and turned his struggles into strengths.

Eventually, Jobs went back to Apple and transformed the company into one of the most valuable companies in the world.

The same thing happened to Walt Disney. He was fired by a company due to his “lack of imagination”. However, that did not deter his spirit to start his own company and built the Walt Disney theme park and Mickey Mouse into stardom.

Always remember this, life can knock you down seven times, but you can decide and get back up again for the eighth time.

In The Pursuit of Happiness, Will Smith said:

You heard him. Go get it, period. No one can tell you what you are and are not capable of, and don’t let them. Hard work will get you far; but determination, farther. Keeping your head above water will always be the hardest part, because everything you face is pulling you down. However you will get stronger; strong enough where it doesn’t feel like treading water anymore, but something like swimming. We come out a little bruised, but our skin thickens. We’re all going to make it, everything will turn out exactly how it’s supposed too. So I hope you’re all enjoying your bumps and detours, because I’m just starting mine.

Here’s are some tips to help you get up when knocked down:

At first, it’s not unusual to feel embarrassed and ashamed. Get rid of it. It will only make it harder for you to find your way out. Realize that people make mistakes and bad decisions, he says. When you catch yourself wallowing in shame, work on changing your thoughts to what you can do about the situation to make it better and take action.

After suffering a big blow, it is hard to accept the truth and it is often heart-breaking. And probably, you will not get over it in a day or two.

So if you have just went through a loss of a family member, marriage breakup,  been fired from your company, forced to close your business, or filed for bankruptcy, take some time off to heal yourself, especially emotionally.

It is alright to take some time off. After Steve Jobs was fired from his own company, he took three months off traveling and discovering himself. Eventually, he found out that he still loved what he did and decided to start a company called Next. The rest, they say, is history.

Perhaps, it is a good time to take a rest, to slow down, and to reflect on what has happened. It is during these times that most big ideas and successful companies and business were born. 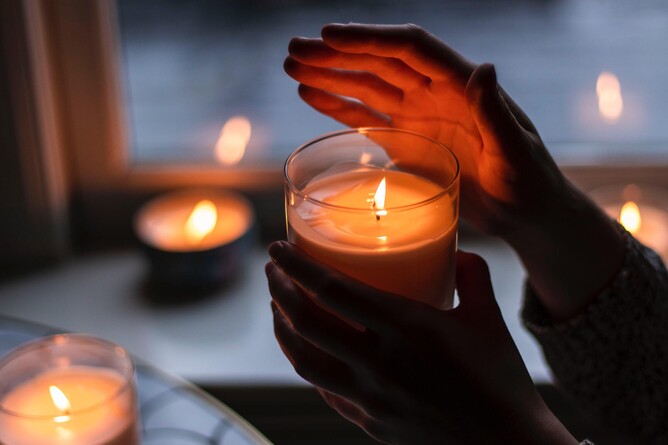 In The Obstacle Is the Way, Ryan Holiday shares how the first American astronaut to orbit the earth, John Glenn, spent almost an entire day in space making sure his heart rate never went over a hundred beats per minute. As Holiday says, “…that’s a man not simply sitting at the controls but in control of his emotions.”

This is the same type of control you want to have when you’re faced with a setback.

Yes, give yourself time to adjust, but don’t panic either as that’s not going to help the situation at all. In fact, it would likely hurt it more than anything because then you just might do something you regret.

When the worst happens, one of the most important things you can do is find a way to cultivate hope and a sense a promise of something better ahead. Lessons of the Lost: Finding Hope and Resilience in Work, Life, and the Wilderness, chronicles the stories of people who have survived being lost in the wilderness.

One woman survived 48 days in a van in Nevada and says finding a symbol of hope was crucial. She planned a family reunion to keep her mentally focused on reconnecting with the outside world, and to give her something to hope for.

If you just lost your job or got diagnosed with a serious illness, it may not seem like there is any choice at all. You can choose to let a terrible situation consume you, she says. “Or we can make choices about how we respond to things in the moment and how we want to approach a situation moving forward.”

As a teenager, Cheryl Hunter was traveling overseas when she says she was abducted by two men who attacked her and then left her for dead. She’s since turned that experience into a career as a motivational speaker, coach, and author of Use It: Turn Setbacks into Success. One of the important areas of her recovery she says was to have a supportive community to give nonjudgmental feedback and encouragement. You may find this among friends and family, support groups, therapists, or others who can listen to what you have to say without correcting or trying to fix your feelings or words.

“That’s essential when you’re going through something negative so you don’t like groove those neural pathways of habitual, negative thought,” Hunter says.

You have to reframe the situation in a way that you can authentically believe it, Hunter says. You can choose to look at your setback as a horrible embarrassment, injustice, or tragedy. Or you can look the situation as a series of circumstances you didn’t choose for yourself, but are challenged to endure and overcome.

The more you obsess about what happened, going over every detail and reliving it over and over in your mind, the more your fear of that same thing happening again is going to hold you back.

The key then, according to Fear author Thich Nhat Hanh, is to keep yourself in the present so “…you can plan for the future in a much better way.”

Often what pulls me back up is reading the accounts of great people that God used. Such are Joseph, who did not start out as great men. Indeed Joseph was knocked down time and time again by the trials of life.

Remember what Joseph went through? He was almost murdered by his brothers, sold into slavery, wrongly accused and then thrown into prison. But Joseph used his circumstances in prison to be a great example and was able to find favor in the sight of the jail keeper and those around him. He gained respect even in prison! Joseph could have become sour, bitter and filled with anger over the injustices done to him, but instead he turned them around to serve others. Like the baby giraffe, Joseph got back up. And more remarkably, he turned his terrible circumstances around to do good for others.

Joseph grew from the trials, to become a great leader and save a nation from famine. His words to his brothers, after he had become second in command in Egypt, were not words of bitterness, revenge and hate. Instead they were words of appreciation for the trials that he had gone through because he knew that God had used them for his good and for the good of a nation. “But now, do not therefore be grieved or angry with yourselves because you sold me here,” Joseph told his brothers, “for God sent me before you to preserve life” Genesis 45:6.

Joseph’s attitude had completely changed from when he was a young boy. He grew from bragging to his brothers that they would bow down to him, to the point where, years later, he had to leave the room while he wept for his brothers.

Can you relate to any of these thoughts? Many times we do not feel that the struggles of this life are for our good–especially while going through the trial.

But the fact was God was with Joseph all the time and never left his side. God was the one that showed him favor with the jailer and the men around him! God was the one that gave him wisdom to interpret dreams that led him first to his freedom, then to be a ruler and save a nation.

God in His great wisdom knows that trials will bring forth gold in us. He knows when to act and what to do for our growth.

I don’t know what trial or adversity you’re facing right now. It may be a personal one that you haven’t acknowledged to anyone. Or, it could be a sickness you can’t shake. Or, it may be an upheaval in your family that’s breaking your heart. I don’t know the answer or the outcome. But, I’m learning, lean into it. Don’t give up the faith. You will make it through.